If your floor or carpeting gets wet near your sliding patio door every time it rains, there is a little maintenance procedure that might help.


Your sliding patio door actually "rolls" on a raised center track.  On either side of the track there are usually "walls" at least an inch high.  An inside wall and an outside wall.  The outside wall should have "weep holes"... little slits at the bottom of the wall several feet apart.  These weep holes are to drain the water in the track when the rain cascades down the glass.


These weep holes often get clogged with dirt and leaves requiring periodic cleaning.  Sometimes, an over-zealous contractor may have accidentally "caulked" closed these holes during an effort to tuck point or provide external weather sealing.


Get a pipe cleaner, coat hanger, popsicle stick or just about anything else that will fit through the weep holes and clean them out.


Once clean, you should be able to pour a small pitcher of water into the track and watch it migrate to the weep holes and trickle outside.


Older tracks without weep holes may need to have some drilled.  They do not need to be larger than half the diameter of a pencil.
Posted by Sliders at 8:06 AM 8 comments: 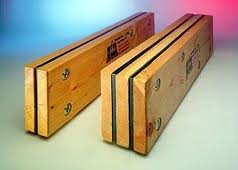 However, since 2000, with the implementation of new upgraded standards and the development of "engineered wood beams", these situations should no longer be as prevalent as in the past.
Posted by Sliders at 7:18 PM 8 comments:

Experts will tell you little things are important to prospective buyers… A neat interior, clean carpeting, a nice kitchen and a pleasant aroma of coffee or cookies. But, there are less obvious areas that are often overlooked… home idiosyncrasies to which you have become accustomed can subconsciously be a turn-off to someone new. You wouldn’t think something that costs only a few bucks to improve could put the kibosh on a sale. But, it can. A squeaking hinge, a toilet that “runs”, a slightly torn screen, an encrusted shower head or a sliding patio door that requires effort to open. That’s where we come in! Sliding patio doors don’t slide… they roll. There are heavy-duty wheels (rollers) in the bottom of the door. The ball bearings in these wheels don’t last over 20 years. So, every twenty years, just have the rollers in the sliding patio door replaced. All patio doors should move in either direction with a “toothpick”. If you need to exert more pressure than that… or your handle is loose from the strain… It ain’t gonna get better. Caught in time, a sliding patio door can be made to function better than new for less than 10% of the cost of replacement.
Posted by Sliders at 2:45 PM 1 comment:

At SLIDERS®, we take our responsibility to have a positive influence on the environment very seriously.

1. Our service vehicles are four-cylinder, regularly maintained and our appointments are scheduled to reduce travel time whenever possible.


3. During the track and glass cleaning portion of our service call, only non-toxic, environmentally friendly products are used.  All our aerosols are non-chlorinated with a C02 propellant. Our cleaning cloths are recycled and our paper towels are biodegradable. 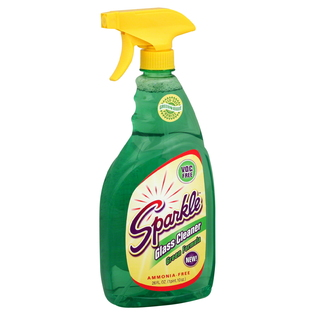 4. We never use any petroleum based lubricants or caustic chemicals.  And, we do not use glass cleaners that could adversely affect window tinting film.

6. Depending on the location of their patio doors, our customers are encouraged to take advantage of the solar gain in colder months and consider window tinting or solar screens to reduce the sun’s rays during the summer. When purchasing window treatment for their patio doors, our customers are asked to take the insulating features of the products into consideration. There can be substantial heat loss even with patio doors that are sealed well, just because of the large area of glass.
Posted by Sliders at 10:17 PM 3 comments:

Since most residential sliding patio doors lead to a patio, deck or back yard, they are a preferred point of entry for burglars. These patio doors are rarely visible to neighbors and street traffic as they are usually behind the residence. Also, they can be camouflaged by fences, trees, BBQ grills, furniture and bushes.

In times of economic stress, residential thefts often increase… and, making patio door security a top priority should be emphasized.

Although a sophisticated alarm system can provide optimum security, there are many other things that can be done to dramatically improve the security of your patio door for little or no money.

Any security measures that warn of a prowler or attempted entry… and/or, prevent the opening or removal of the patio door are strongly suggested. And, such measures don’t have to cost much, if anything.

1. A battery-operated or wireless motion-detector that will light-up and/or make an irritating loud noise can be placed outside at least two feet above the patio door.

2. An old broomstick, cut to the proper length, can be placed in the track to keep the door from being opened. But, if you don’t like the look of the broomstick or you are tired of bending over to pick it up, there are dozens of other items available that prevent unauthorized access. They are more attractive and many are virtually unseen.

3. A small “spacer” can be placed in the upper track to prevent the door from being lifted out.

4. Many doors have a latch in the door that hooks over a piece in the frame when the door is closed and latched. If this latch hooks “down”, it is possible for the door to be lifted to “un-hook” the latch. This type of latch mechanism can often be reversed to remedy the situation.

5. When your door is closed and latched… and you pull on the handle, the door should not move more than 1/8 inch. If it can move further, while still being latched, a burglar can insert an object between the door and the jamb, such as a credit card, to move the latch. Most door latch mechanisms have an adjustment screw for a tighter fit.

6. Many doors have been found to use a plastic exterior handle that can be easily broken to reveal access to the latch mechanism. A pair of nail clippers then gets them in. A stronger metal exterior handle will substantially reduce the possibility of this happening. Stronger handles are readily available.

7. If you have a sliding screen door on the inside and the operating door (the one that moves) is on the outside, preventing the door from being lifted out is crucial. This can be prevented with the spacer mentioned earlier or a special security device in the track or door frame.

8. Security devices that require a key to open the patio door from the inside are not recommended. In an emergency, such as a fire, exiting can be delayed or prevented with drastic consequences.


http://www.surveillanceforsecurity.com/patio-door-locks.html
Posted by Sliders at 7:56 AM 2 comments: